Katla or Catla also known as major Indian carp is commonly found in rivers and lakes of India and one of the most popular species of freshwater fish. The catla along with rohu labeo and mrigal carp are the most important aqua cultured freshwater fish in India

The common carp is native to Europe and Asia, and has been introduced to every part of the world except the poles. They are the third most frequently introduced (fish) species worldwide, and their history as a farmed fish dates back to Roman times. The original common carp was found in the inland delta of the Danube River about 2000 years ago, and was torpedo-shaped and golden-yellow in colour. It had two pairs of barbels and a mesh-like scale pattern. Although this fish was initially kept as an exploited captive, it was later maintained in large, specially built ponds by the Romans in south-central Europe 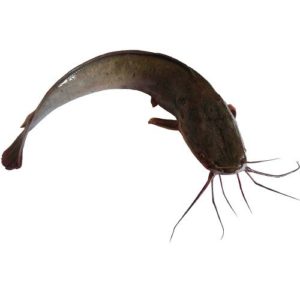 Mrigal carp is another popular food fish and an important aquaculture freshwater species, only surviving wild population in the Cauvery river. 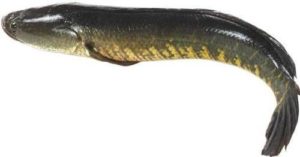 Rohu is a species of carp family, found in rivers of Indian subcontinent and extensively used in aquaculture. The large silver coloured Rohu fish is an important aqua cultured freshwater species and very commonly eaten in India and also considered a delicacy in Bhojpur.

Ilish or hilsa shad is a freshwater and brackish water fish, popular in India especially West Bengal, Odisha, Tripura, Assam and Andhra Pradesh. The fish is a popular food  in Andhra Pradesh and Bengal. 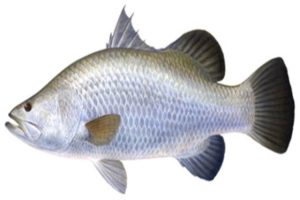 Sea bass fish, most of which are marine, found in the shallower regions of warm and tropical seas. The family includes about 475 species, with more or less elongated body has small scales, the mouth is large, and the tail is generally straight-edged or rounded. The dorsal fin, a diagnostic feature, consists of a forward, spiny section and a hinder, soft-rayed section; the two portions are usually joined but may be separated by a notch. Sea bass are carnivorous, feeding on fish, crustaceans, mollusks, and other invertebrates. 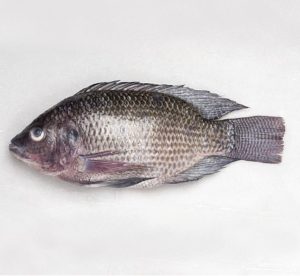 Tilapia are mainly freshwater fish inhabiting shallow waters, rivers, lakes and also commonly found living in brackish water of India. Tilapia are also among the most consumed fish in the world and one of the most important fish in aquaculture after carp and salmon. 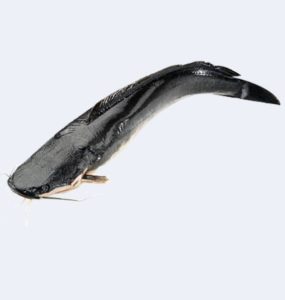